The Valley of Geraniums where Napoleon’s spirit lives on 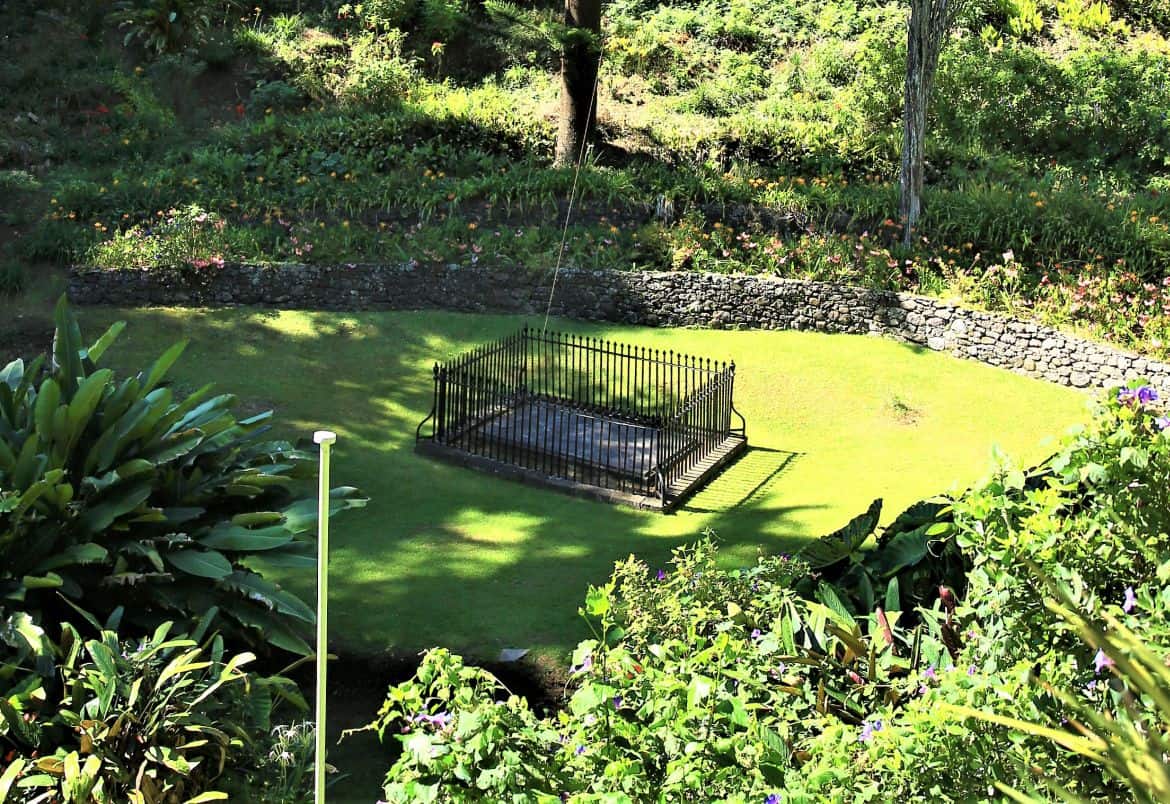 The tranquillity shrouding Napoleon’s tomb on St Helena Island thoroughly muffles the warfare so redolent of the French emperor’s life. Flowers grow like living wreaths along the shaded pathway leading to his gravesite – red hibiscus and scarlet canna lilies and wild irises flecked with mauve and yellow. Frogs chirrup peaceably in the glen; birds twitter in the towering Norfolk pines planted here by Captain Cook as a ready quarry for replacement ship masts.

An exile on this remote South Atlantic island for the last years of his life, Napoleon had chosen the Sane Valley – which he’d dubbed ‘Valley of Geraniums’, and which was later named Valley of the Tomb (Vallée du Tombeau) – as a burial site. It was here that his servants collected water from a spring, and where he found succour during his final exile following the Battle of Waterloo. 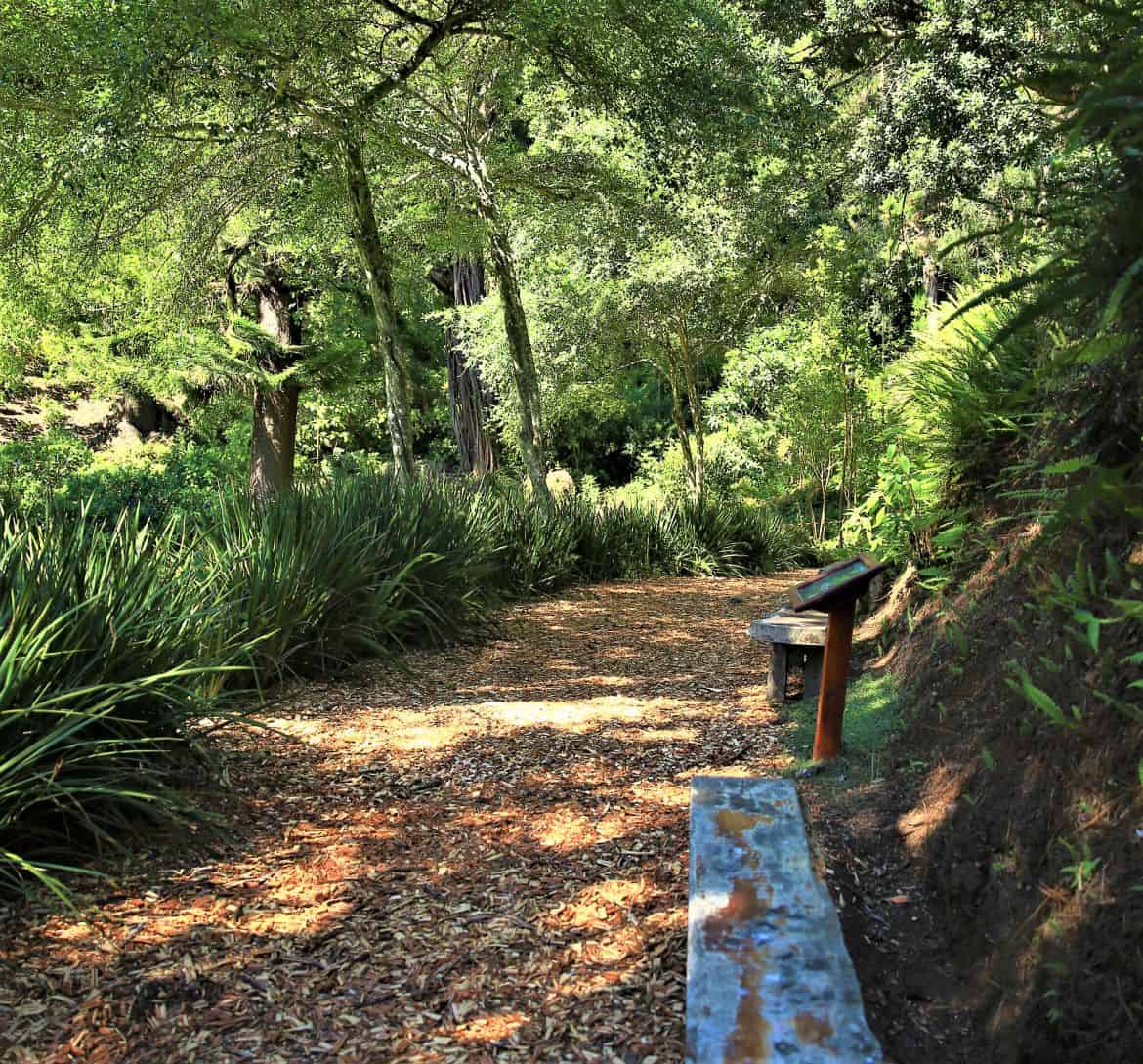 “[In] the event that orders have been given for my body to remain on the island, which I do not believe is the case, have me buried in the shade of the willows where I used to rest on the way to see you at Hutt’s Gate, near the fountain where they go to fetch my water every day,” he wrote to Henri Gatien Bertrand, a general in Napoleon’s army who accompanied him to St Helena Island in 1815.

Room with a (sneaky) view

Penning the request from his sickbed in Longwood House (now a museum), Napoleon would have gazed longingly out of the sash windows at florid gardens and, beyond them, the slash of ocean separating him eternally from his beloved France. A month before his death from apparent stomach cancer on 5 May, 1821, his bed was carried from his bedroom into the salon (drilled with peepholes from which he could watch his guards and a globe which he is said to have pored over) so that his carers could better nurse him.

“Not in that bed, of course,” says guide Ivy Yon, pointing to the narrow iron cot hung with forest green drapes. “France got very sentimental, and [the bed] went back there. But that’s the spot he died on.” 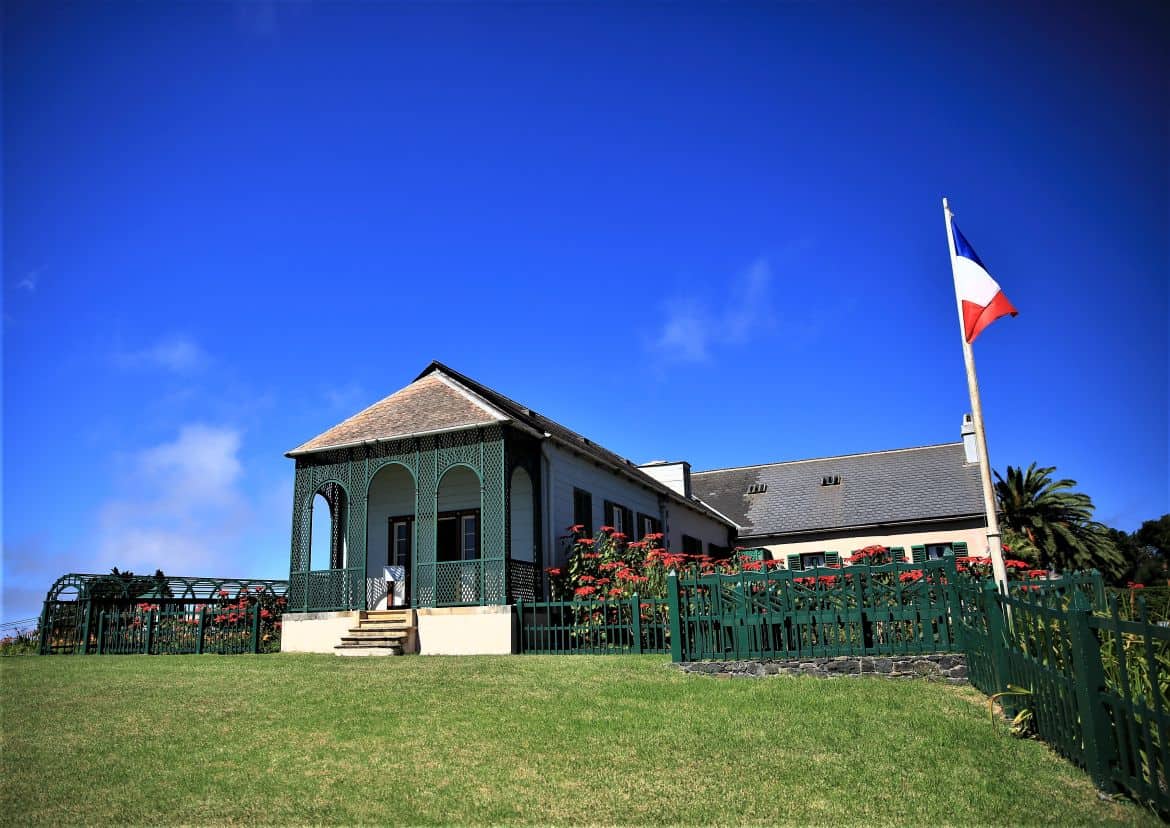 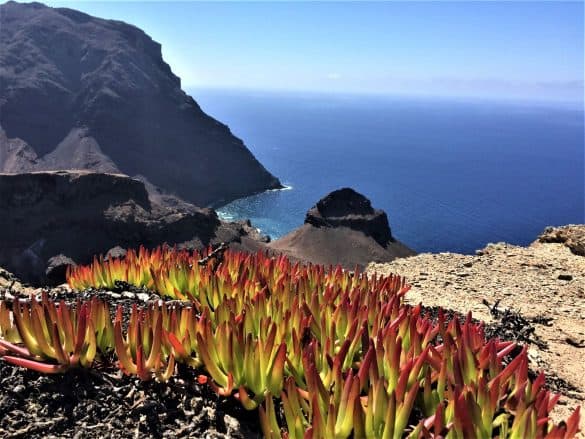 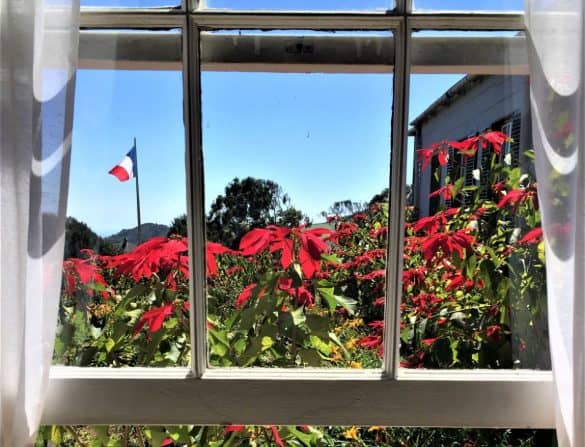 His death mask lies here too, a visage overcome at last by death and captured in clay brought here from one of the island’s bays. It’s poignant that a life so rarefied would end on an island located between the far-flung coasts of Africa and South America. But as exiles go, it was hardly an insalubrious place to be banished. For St Helena Island is a majestic landmass rising in sharp volcanic spears, dipping into verdant valleys and rising again into lushly terraced coffee plantations; it is filled at once with quenched cloud forest and thirsting lava fields, rimmed with beaches of black sand or white sand, and lapped by waters inhabited by mammoth pods of pantropical dolphins and whale sharks that visit each year to breed.

A cultural melange on “Napoleon’s” island

Five centuries of human migration have been imprinted upon the people and the place; the ancestry of shipwrecked sailors, rescued slaves, imperialist seamen, opportunistic traders and POWs from the Anglo-Boer War is infused in the blood of the people who live here. These Saints, as they’re known, are today governed as part of the British Overseas Territory incorporating St Helena, Ascension and Tristan da Cunha islands. And though they embody their own extraordinary culture, character and manner of speech, the Saints retain respect for the French legacy that promulgated their island. If a Saint visits Paris today, says guide Aaron Legge, they head first for Napoleon’s tomb in Les Invalides, where he was re-buried in 1840 after exhumation from his tomb on St Helena Island.

“It’s almost like paying homage to someone who made your home known,” he says.

And though the tomb in that tranquil valley of geraniums and wild irises and soaring pines now lies empty, it remains a place of immense reverence for those who live here and those who visit. For there lay Napoleon, a man whose spirit has found an eternal home on this island. TTW

Catherine Marshall was a guest of Mantis St Helena and Airlink. Flights to St Helena depart weekly from Johannesburg; additional mid-week flights between Cape Town and St Helena Island will be available for the 2021/2022 summer season. Read more about travel to this British Overseas Territory at St Helena Island Tourism.

Catherine Marshall is an itchy-footed journalist who lives in Sydney and, pre-pandemic, spent much of her time roaming the world. Her next favourite place after Africa (where she was born and grew up) is the one she’s not yet been to. She’ll write as soon as she's allowed to travel there.