A solitary figure in Budapest 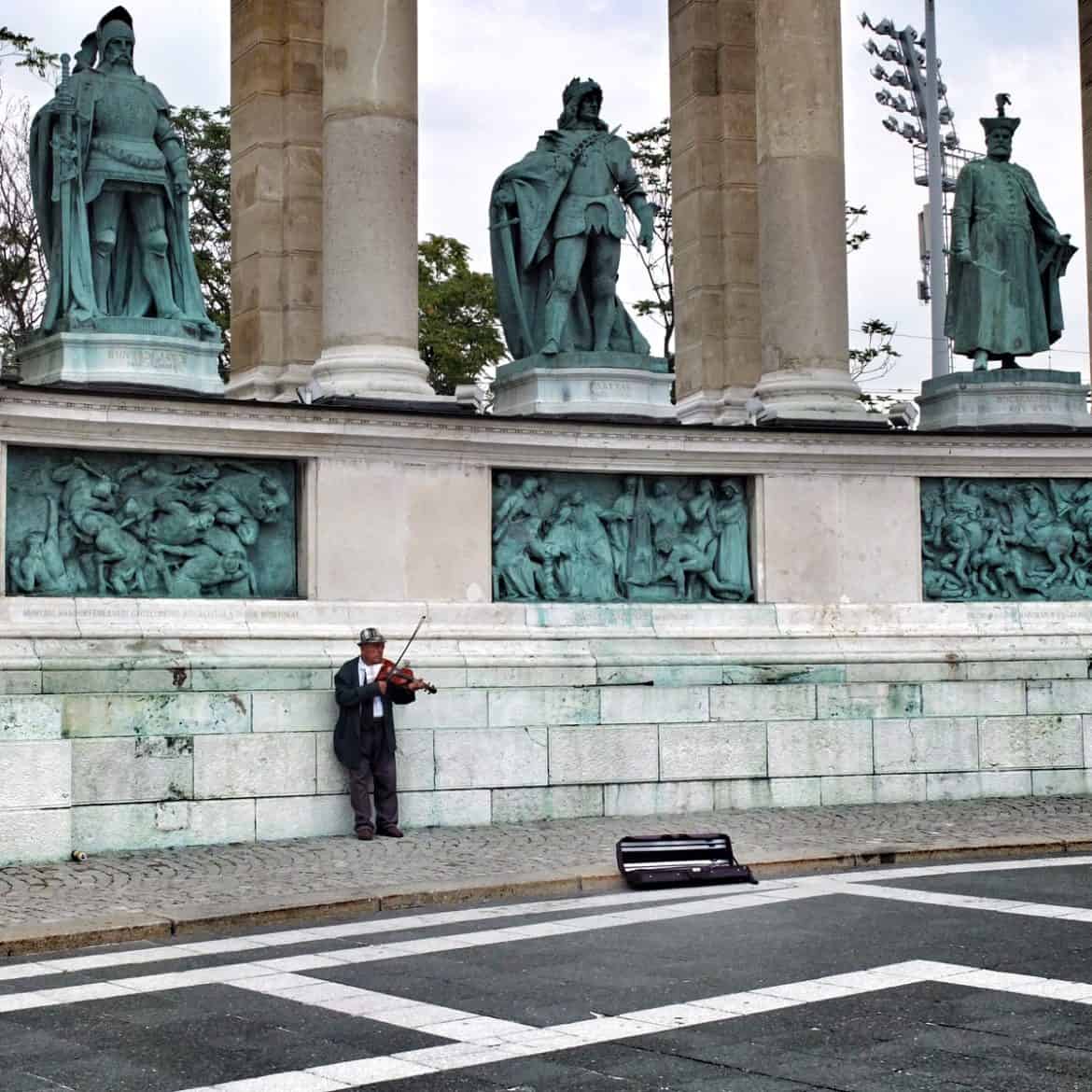 Heroes’ Square in Budapest pays tribute to the legendary leaders and warriors of the past, but it’s a more humble figure that catches the eye.

There were many people in Budapest’s Heroes’ Square, but he somehow stood out: a lonely figure propping himself up against a set of colonnades at the back of the square – so far back, so on the fringe, that you couldn’t help but think of him as an outsider, someone who, for whatever reason, cannot fit in, no matter how much they try or would like to.

Who knows how old he was but he was definitely a relic from another age. His old-fashioned attire – a poor man’s Sunday best: white shirt, pants and jacket that did not match, and sturdy walking shoes that gave his outfit a shabbier air – contrasted sharply with the casual clothing of the passing tourists. Maybe the dapper hat was there to protect his head from the sunlight, but his face was ragged and weather-beaten, his skin dark brown, like old leather.

At the time he caught my eye, he had no live audience (tourists tend to hover near the square’s central pillar), nor did he seem to seek one, which is strange for a busker.  The only witnesses to his musical skills were the statues of John Hunyadi and Matthias Corvinus and the figures in the tableaux above him. Indeed, as I drew closer, he stopped playing and looked down at the floor, alone in his thoughts. I can’t say what sounds his stubby fingers coax out of his violin.

How long he had been standing there, I have no idea.  He didn’t even have a bottle of water nearby to keep him going.

Heroes Square is dedicated to legendary men – great warriors who have wondrous stories to tell. Yet somehow this old man’s story intrigued me more. What, I wondered, had he witnessed in this lifetime. Was he as lonely at home as he was here?

I was on a rushed morning tour of Budapest. We had 15 minutes to take in the nearby sights (and there are many in the vicinity). I whizzed past him. I didn’t even put a coin in his violin case. I wish now that I had.

If you see him, please make amends and pay him my respects.

The heroes in the square 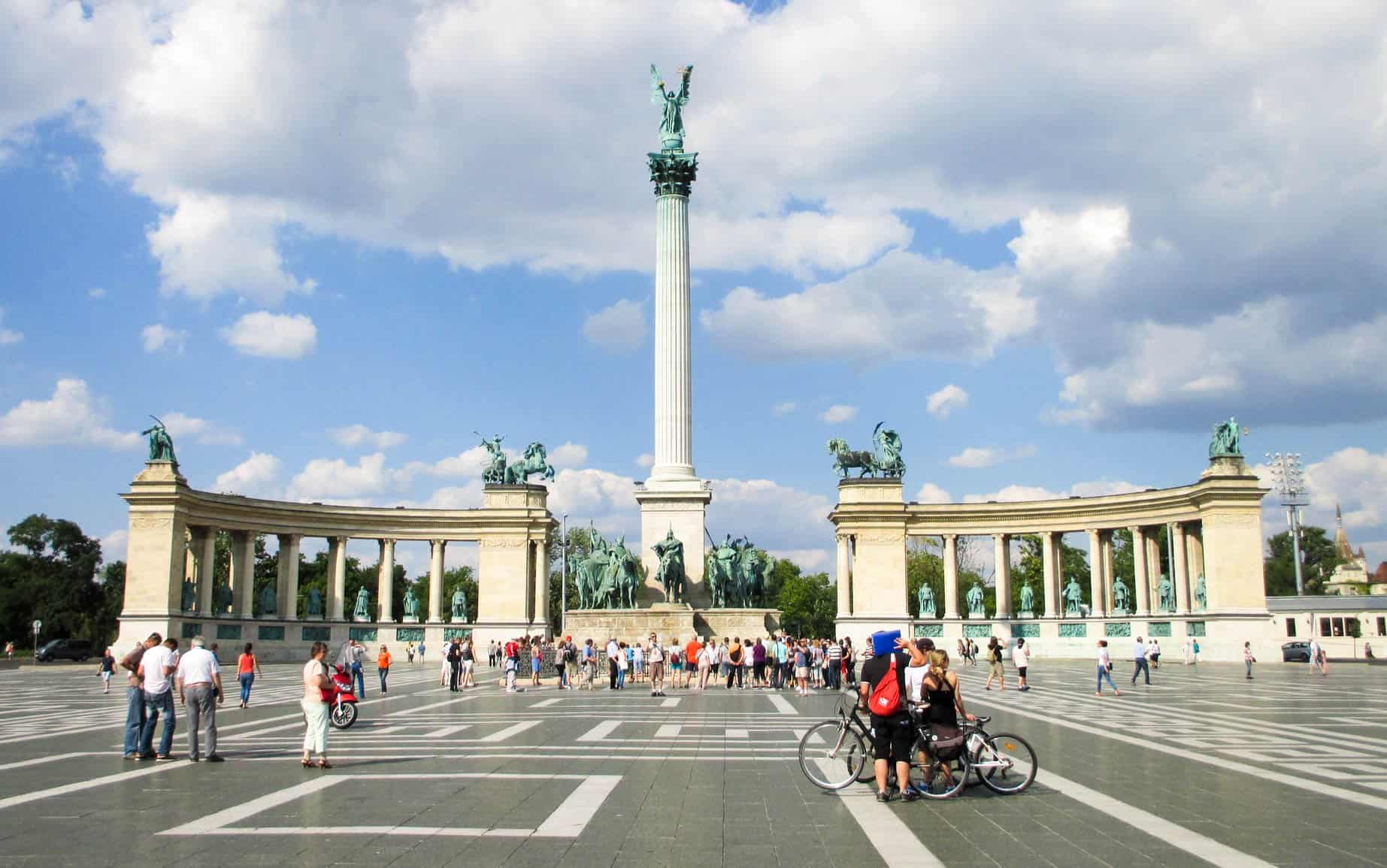 The square (Hősök tere in Hungarian) was laid out in 1896, to mark the 1000th anniversary of Hungary. Its centrepiece is a massive pillar, upon which the Archangel Gabriel holds aloft the double cross of Christianity and a holy crown.

Mounted on the base of the pillar are statues of the Seven Chieftains of the Magyars. Behind, are two colonnades, each with statues of kings and other historical figures, and tableaux of famous historical events. More information can be found here.TTW

Petra’s so pretty in pink